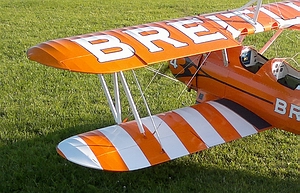 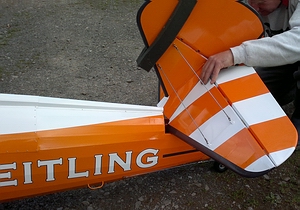 Both planes have had some changes that will be copied on the original two models.  Thicker aluminium was used for the windscreen fairing as it wasn't strong enough on the first two models. Finally, lights have been added to the underside of the fuselage and on the tail.
Posted by Baby Wingwalkers at 11:35 17 comments

4 Stearmans in the Baby Wingwalker Team 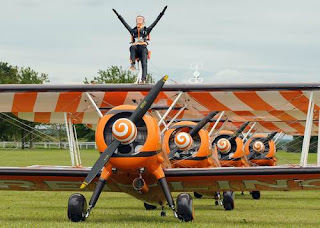 It's been quiet on this website but it hasn't been quiet in the workshop.  Over the last 9 months Richard has been building 2 new Stearmans to add to the team.  So now we have 4 Stearmans, all of them 30% scale.

Their first outing was at the home of the full size Breitling Wingwalking team and so we couldn't resist some photos of all 8 of them together. 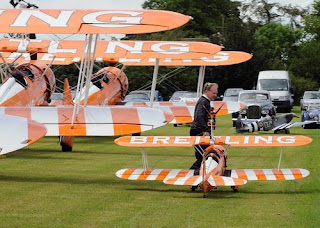 So, here are some pictures and we'll have some written information about the new models soon. 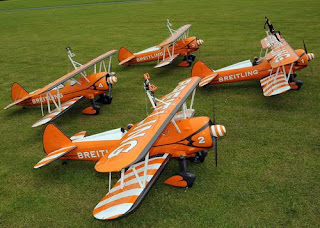 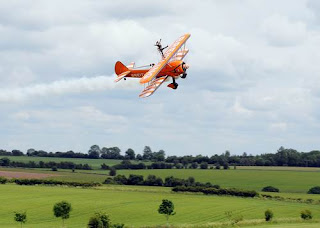 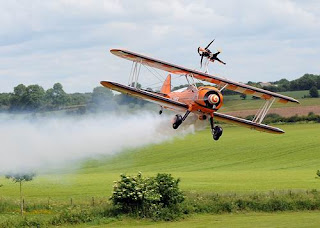 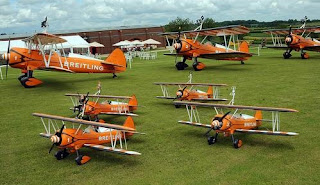 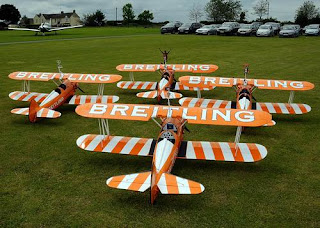 Posted by Baby Wingwalkers at 13:56 0 comments